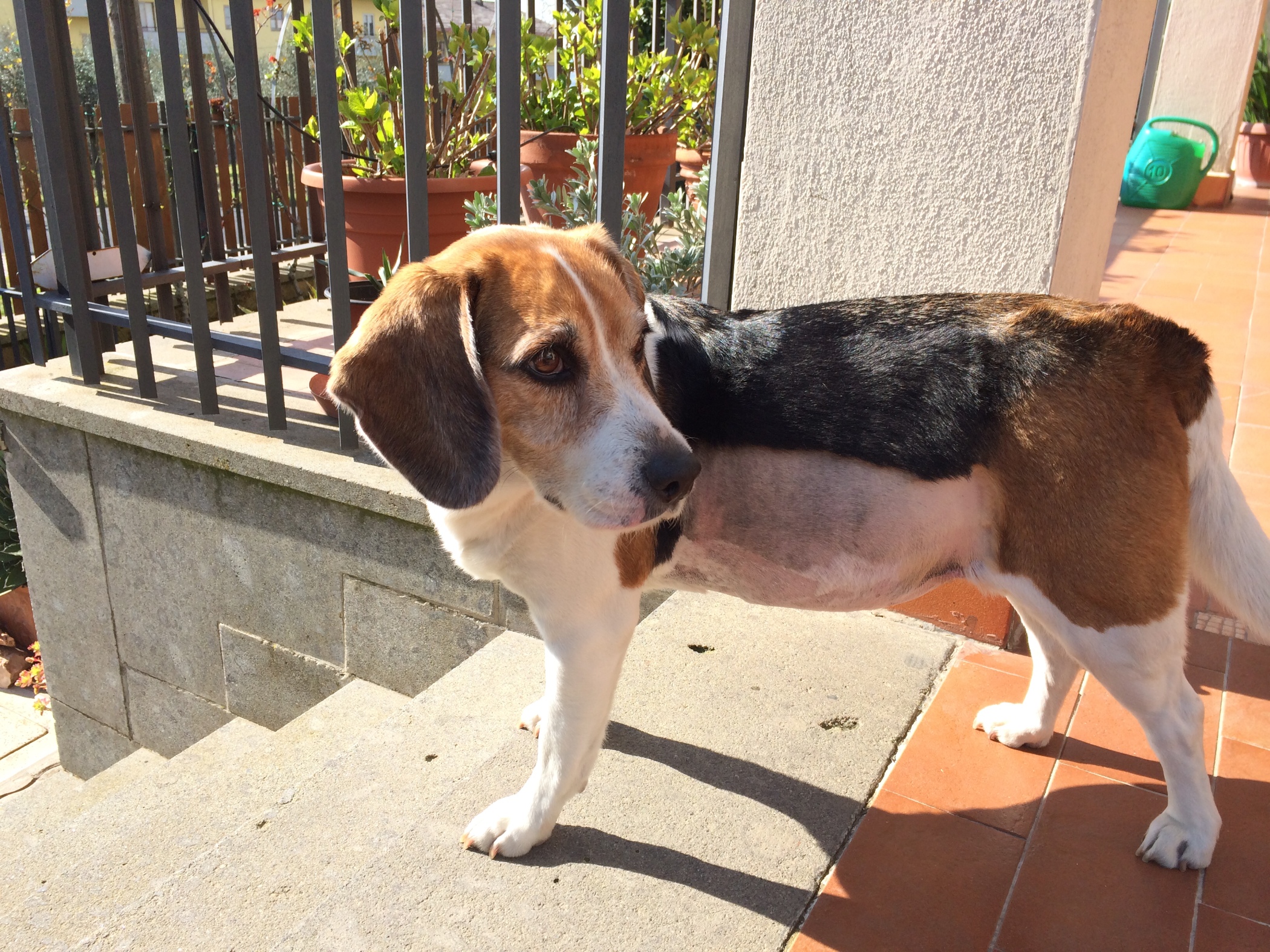 An update on our dog

Last week, I tweeted that our 7 year-old beagle, Shiva, "likely" had cancer. Several tests, scans, and vet appointments later, we have found a Veterinary Oncology clinic where she is being treated and followed by experts in this field. She starts chemo tomorrow morning.

The diagnosis is lung cancer with metastases, as originally suspected. There's a chance that chemo will be effective and give her a few more years, a few more months...or, if it doesn't work, no extra months. It's hard, but we want to trust science, again.

I'd like to thank everybody who sent us recommendations for treatments and doctors. I'd like to especially thank Antonio, who recommended the clinic in Terni where Shiva is now undergoing treatments.

I don't think we would have been able to find the clinic this quickly without Twitter. This could possibly save her life, and all thanks to a tweet request.

Let's hope it will work, because she's the sweetest friend one could ever ask for, and she doesn't deserve this.

Here's a photo of her. They had to shave her abdomen for scans because there's also an excess of fluid in there. She's strong though, and she always wants to play, and we're hopeful.