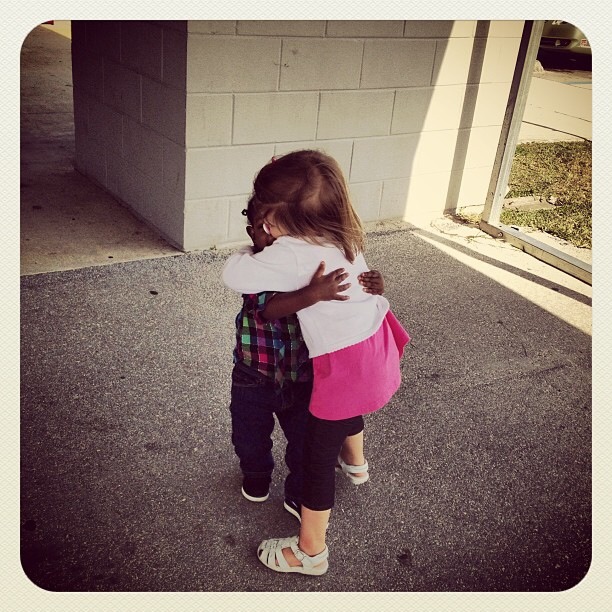 The #Ferguson case is complicated.

For example, did you know that if you're "unarmed" but otherwise try to disarm a LEO, that deadly force is an option for that LEO? Did you know that “shooting people in the legs to wound them” is not only silly Hollywood-babble, but is also dangerously ill-advised for the LEO? Only people who’ve never been in combat make this assertion.

As a former LEO, I also know intimately what the media is quite afraid to talk about, namely, that in lower-income neighborhoods, elements within the community are not only anti-police, but will therefore hinder investigations intentionally by refusing to provide information, or by providing false testimony. It is also a well-known fact that sometimes, persons will systematically and collaboratively tell untruths about specific conduct of officers.

I know this, because I’ve experienced it. I can recall one occasion when a Latino female with a heavy accent called in a complaint against me. She alleged that I was prejudiced against her because she spoke with a heavy accent. She hung up on my sergeant when he advised her that I was Cuban-American. Wouldn’t that have been a hard sell?

Still, over seventeen years I saw a number things done by fellow LEOs that were either marginally legal, or blatantly illegal. I also saw evidence of personal prejudice in the speech of a just a few people, but I never saw them take action based upon those potential prejudices. I also saw those same LEOs help people of differing races and ethnicities, despite what may have been personal prejudices. In short, even though I worked for a large metropolitan agency, I never saw any systematic or repeated acts of racial prejudice on the part of my co-workers. And, I never once in all my years, investigations, and arrests participated in any myself. In fact, following in my dad’s footsteps, who was a career cop himself, I was never the subject of a formal complaint.

I find it at least worth noting that in six years of service to the Ferguson community, that PO Darren Wilson, who is at the heart of this case, has never been disciplined. Although I have no idea what complaints may have been made against him, it has been widely reported that he’s been decorated for his service. For a white officer working in a predominantly black, impoverished community, this is no small thing. To be a police officer is to invite trouble into your life. Even the best officers will find themselves justifying decisions they’ve made.

All this I speak as a former cop. It’s straight talk. Many in our culture, some who are simply naive about life on the streets, and others who just hate authority, won’t like it, but it’s the truth. As Col. Jessup taught us, we do indeed live in a world with walls, and those walls have to be guarded by men with guns. That’s simply intolerable for some to accept.

The LEO in me is inclined to trust the testimony of PO Wilson so far as the facts of the case are concerned. That a 28 year-old, six year veteran with a clean history would suddenly decide to “execute” and “assassinate” anyone in broad daylight, and in the presence of witnesses is simply a horrible narrative to construct. I use the words “execute” and “assassinate” because these are the very words used within the Brown family statement. They didn’t originate with me: http://www.huffingtonpost.com/2014/08/15/michael-brown-family-statement_n_5682546.html

All told, it smacks of prejudice, simpleness, and amateur thought on the part of some of the alleged witnesses, and certainly Michael Brown’s accomplice, who has apparently testified to a story like this to the police.

I have to wonder, to what extent were these witnesses associated with Brown and his friend? This incident occurred in a community where people often know one another. What are the criminal histories of these witnesses? What do their backgrounds suggest about motive in the stories they’re telling? And, then, there’s this video which is just now making its way around the internet: http://www.ijreview.com/2014/08/168698-eyewitness-recalls-important-detail-background-video-mins-ferguson-shooting/

I have unashamedly called for PO Wilson to not be tried in the media. I have called on Christian leaders to stop using language that is unduly sympathetic to the pro-Brown narrative, without regard for the potential innocence of PO Wilson, such as repeatedly calling Brown an “unarmed teenager.” As I have already pointed out, you can find yourself subject to deadly force by a PO, even though you’re otherwise “unarmed,” and more important than Brown’s age, was his apparent imposing physical size.

If you’ve never attempted to take a male of any race into custody, much less one who is physically large, who’d otherwise prefer to not go to jail at that particular time, then you can only imagine what that might entail. At the end of the day, that Brown died at 18 is tragic, but while we’re sifting through the details at this point, I can only see it as an attempt to garner undue sympathy, and to portray him as a little child, which he most certainly was not. This much I know: POs have been killed by children younger than 18.

My seminary education would not have served me well in hand-to-hand combat during my career, so far as all this is concerned. It’s hard to imagine slugging a guy with Calvin’s Commentary on Ephesians, or calling on a fleeing felon to stop, because of his total depravity. The two occasions I was shot at, and the one occasion I discharged my firearm in the line of duty could only be prepared for at the range, and on the streets. I only wish the general public knew just how profound tunnel vision and auditory exclusion are for the PO in a threatening scenario. If they understood, the more reasonable would be less apt to ask the question, “Why did he have to…?”

Pastorally, though, the Ferguson case breaks my heart. I understand it as a product of the fall of mankind into sin and death, according to Genesis 3. I understand that as all parties attempt to shout one another down, that none have hands unstained by the curse of sin. Having taken part in a similar situation in 1996, during civil unrest that resulted when a white PO shot and killed Tyron Lewis, a black male teenager in St. Petersburg, I understand that federal monies and new sidewalks won’t solve anything. These are the kinds of things that government, especially the federal government, will do.

Only the Gospel of Jesus Christ is sufficient to change human hearts, to turn seeming enemies toward one another in love, and to bring real, true, lasting hope and change. It seems cliche, but truer words have never been spoken: No Jesus. No Peace. Know Jesus. Know Peace. Man’s efforts always have, and always will fall woefully short. Anyone who has hope for true, soul-level resolve coming from a verdict in either direction is grossly mistaken. Our legal system is nothing more than a salve on our broken hearts to prevent anarchy until the return of Christ.

Pastorally, I understand that while all people, and all people groups have need of repentance of sin, and struggle with the effects of their own sin, I believe that the black community (taken as a whole) struggles to this very day with generational effects of slavery, and later forms of sinful action taken against them as a people group. It breaks my heart, and infuriates me because it’s so much larger than I can imagine, or address. I wish that none of it were true, and that I could turn back the clock. But, I cannot. I can only pray, and point people forward. I do believe the church, as the bride of Christ, has a central role to play in this—not as a harbinger of political shenanigans, but as the City on a Hill.

The Gospel is the only hope for any of us, as individuals, and as entire communities. I can only pray that God would allow me to herald this Good News to people of all races and ethnicities, and that as people come to know the grace and mercy of God in Christ, that our culture would begin to change, one life at a time. This is how the Gospel changes culture—it begins with the individual, and spreads outward.

So, tonight, I pray for the families of Darren Wilson, and Michael Brown. I pray that the Spirit of God would fall on them, and grant them wisdom and peace. The Enemy, the Prince of the Power of the Air, is not done with them or the people of Ferguson, I wouldn’t suspect. But, he is not sovereign. Christ is.

Reports of the demise of the Gospel in this previously unknown suburb are greatly exaggerated. The kingdom of God is advancing, and the gates of hell shall not prevail. Ultimately, it’s neither pro-Brown nor pro-police voices I’m trusting in. It’s the knowledge of God’s certain pursuit of His glory in the Lord Jesus Christ that calms my fearful heart.

Note: The attached photo is of our daughter giving her AA friend a hug, as we awaited the adoption of our bi-racial son, who is also AA. I’ve always loved it.