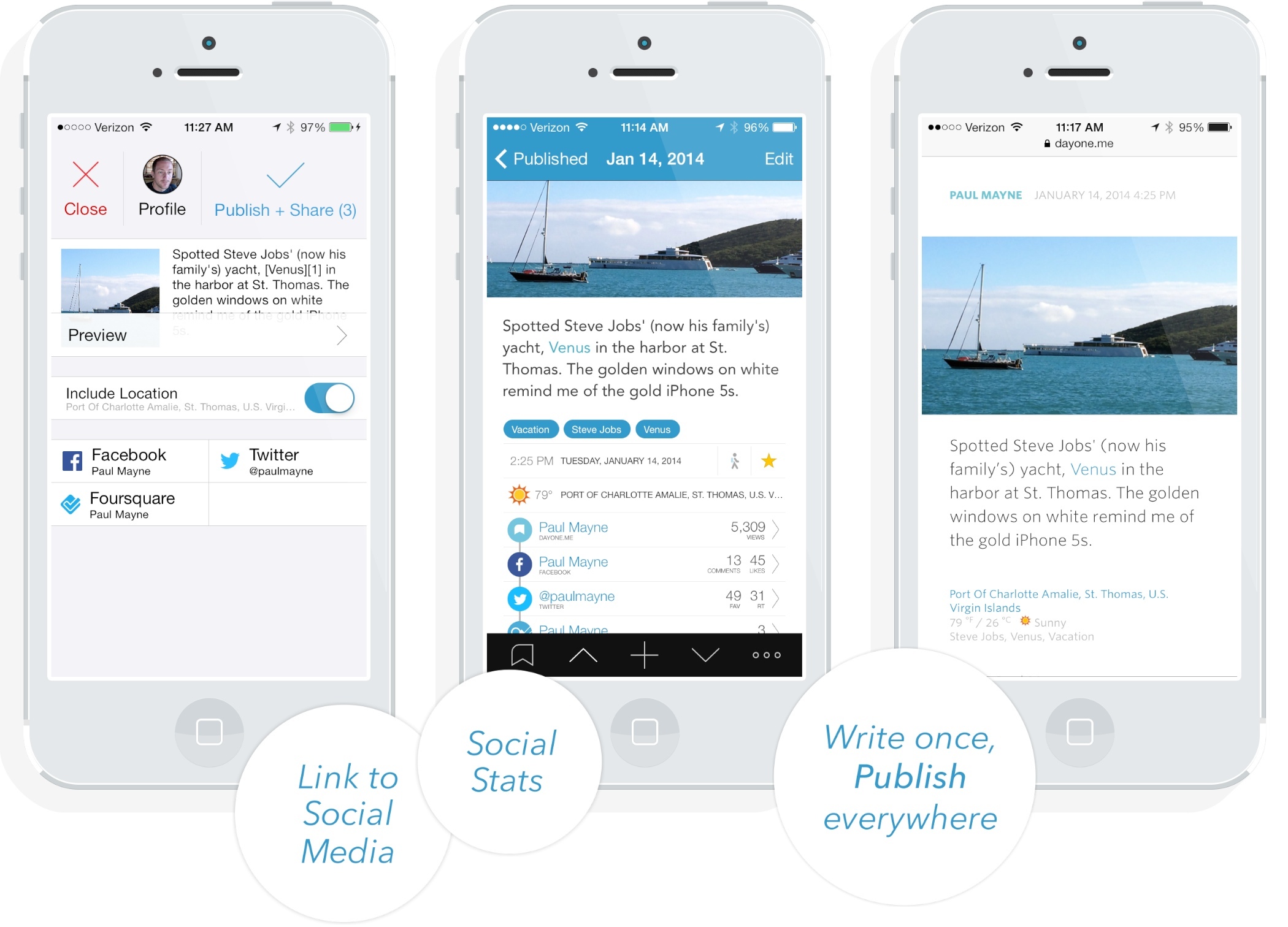 Herriman, UT — On the third anniversary of its launch, Day One announced today the release of Publish, a publishing and sharing service for the popular journal app. Publish expands Day One’s personal journaling foundation by enabling users to publish and share selected entries.

Published entries are private by default to support user preferences and privacy. Day One creates and posts an entry to a personal webpage hosted at http://dayone.me. The web address for your shared entry’s page is provided only to the user.

To share entries publicly, users can enable social services like Facebook, Twitter, and Foursquare, with more services supported in the future. Each published entry retains social sharing stats and links, including views, likes, and shares, so users can easily track and record the reach of their shared entries.

Day One is a personal journaling app launched in March 2011. With over 750,000 active users, Day One is widely recognized as one of the best iOS and Mac journaling apps. In 2012, it was awarded the "App of the Year" by the Mac App Store. In 2013, Day One was showcased in celebration of the Apple App Store five-year anniversary and again for the Mac 30th anniversary.