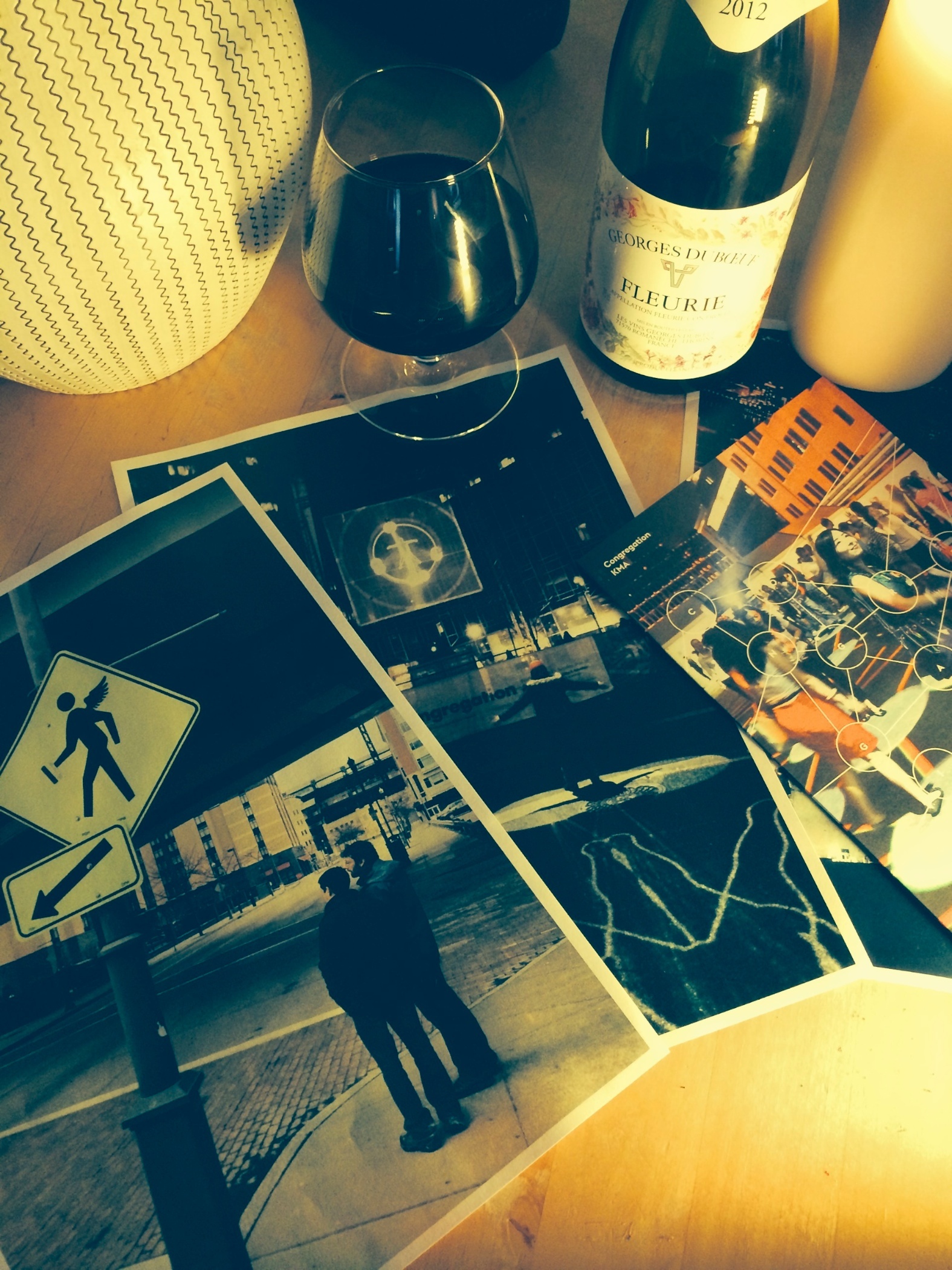 If you’re reading this you probably are aware that Congregation - the conflation of light, music, and people that’s been resident in Pittsburgh’s Market Square for the last four weeks - ends tonight. Tom Wexler and I (who originally conceived the work back in 2010) came out to Pittsburgh for ten days in February to install and launch the piece but, since then, we’ve been back in the UK, feeling (appropriately but dispiritedly) half-a-world-away.

From our point of view Congregation in Pittsburgh has been the most wonderful experience and it's one that we’re truly grateful for.

Pittsburgh has a very distinct identity and energy, seemingly shared by all that we met, that completely seduced us. It’s a great place in general and a marvellous place for us to host the US debut of a KMA work. As will be apparent to you all, Congregation is a dialogue between the installation and its hosts. Just like a good conversation it cannot be one-sided. The enthusiasm, interest and openness with which the piece has been received by the ‘burgh has breathed new life into the work. And not only into Congregation but also into our desire to make new interactive public works in the future.

Congregation is a collaboration in the truest sense. The worlds of music, film, literature, fashion and theatre have a rich vocabulary to describe co-existing authorial positions. We’re not quite so semantically advanced, we have no ready terms to ascribe to our audience / performers, or to Kester, Mark, Cory, Renee, Jeremy, Leigh, Laura, Jen, Kate, Morton and all the others without whom there would have been no Congregation in Pittsburgh. Congregation is an ephemeral experience and, as of tomorrow, its presence in Market Square will be no more than a memory. We’re hugely grateful to Joe Seamans for his time, patience, and sensitivity in documenting its brief life in your city. We also were introduced to many other wonderful and engaging artists, bloggers, students and other fantastically open and interested types, amongst them; @DSKinsel @PittMommyBlog @APCollector Carl Cimini, Katie Castelli, and Maggie Lynn. As well as having many individual debts of thanks (many which I fear I’ve overlooked), we’re also hugely grateful for the collective desire, energy, and focus that the city summoned to help make the piece work, it’s been a huge collaborative effort, unprecedented in our previous experience.

I’d also like to offer up my thanks to less visible forces.

Taking our work to any new space is always a step into the unknown; So much of the work is created at the time of performance, by the people who attend, that we can never be sure of the outcome. The technology that underpins it is our own hotchpotch combination of the grossly mechanical and the crash-ably digital combined in a manner that would make Heath Robinson blush. There’s also something deeply primitive about being in thrall to the elements, a meteorological unwillingness to collaborate can be terminal for the piece, and although the extremes of a Pittsburgh winter presented us with new challenges it could have been so much worse. Even as a resolute humanist its hard not to try to attribute one’s dependence on the weather and one’s trust in the reliability of breakable things to fate, or luck, or to other unseen forces. Having a large symbolic primitive human form - representing just such attributions - at the centre of Congregation does nothing to allay my sentimental attachment to similarly reassuring imagery.

So when, whilst out on a Sunday stroll with Tom and Kester, I saw this yellow road sign on North Shore I felt that I’d found Congregation’s protecting Pittsburgh Angel. He (she) seems a prefect combination of the prosaic and the sublime, wearing the urban yellow of the city’s bridges, and carrying what appears to be a board-rubber in one hand - and - although the descending arrow maybe suggesting a less than heavenly destination (which Kester and Tom appear to be contemplating), having safely overseen such a wonderful experience I would happily follow her anywhere.

So I’d like to raise a glass now to the Pittsburgh Angel of North Shore for her protection, to the many people of Pittsburgh who I now consider as friends, and to the city and its people for their generosity. Thank you all.

Pittsburgh’s reaction to Congregation reflects the warmth, open-mindedness and adventurous spirit that we have found characteristic of the people we met in the city. The location, physical surroundings, and even acoustic qualities of the Market Square site offered up a near perfect impromptu theatrical space that was populated by a wide and diverse audience. The atmospheres that were generated ranged from the intimate to the exuberant. Congregation is a catalyst for human interaction, and every culture, group and individual bring their own approach and interpretation: for our first American show, we have been blessed to find such an ideal location.