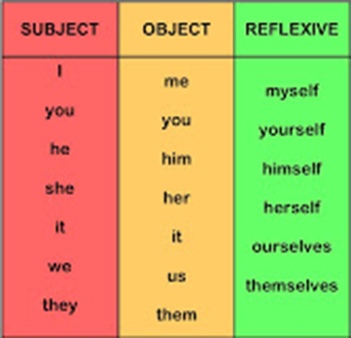 Reflexivity as a social theory

i am interested in the concept of reflexive individual consciousness, which Hauser refers to in his Sociology of Art.

from wiki: Reflexivity as a social theory: Reflexivity refers to circular relationships between cause and effect. A reflexive relationship is bidirectional with both the cause and the effect affecting one another in a situation that does not render both functions causes and effects. In sociology, reflexivity therefore comes to mean an act of self-reference where examination or action "bends back on", refers to, and affects the entity instigating the action or examination.

To this extent it commonly refers to the capacity of an agent to recognize forces of socialization and alter their place in the social structure. A low level of reflexivity would result in an individual shaped largely by their environment (or 'society'). A high level of social reflexivity would be defined by an individual shaping their own norms, tastes, politics, desires, and so on. This is similar to the notion of autonomy. (See also: structure and agency, social mobility)

In Economics reflexivity refers to the self-reinforcing effect of market sentiment, whereby rising prices attract buyers whose actions drive prices higher still until the process becomes unsustainable and the same process operates in reverse leading to a catastrophic collapse in prices.

It is an instance of a feedback loop.

reflexive. the object of a verb is the same person or thing as the subject. self referent.

to be reflexive...turned or reflected back upon the mind itself

In scientific terms, a reflex designates an involuntary action. It signifies an automatic and immediate response to a stimulus. Reflexive is a word used in grammar, but also for describing a physiological response, as involuntary actions of the body come under the definition of reflexive. The word has two main classes in English grammar, namely reflexive verbs and reflexive pronouns. The word reflexive is often confused with reflective, but both have different meanings. Read on to learn more about the term reflexive. The Word Reflexive in Relation to Introspection Reflexivity implies relationships that are circular in nature. Both the cause and the effect are included in a reflexive statement. It is a process of self-reference, where an action denotes and influences the person causing it. Introspection is often used in relation to the mind. It deals with learning one's own mental state. Reflexivity has much to do with introspection. When one says about another that he is reflexive, it means that the person is disconnected from the outer world and spends time analyzing his thoughts, emotions, and actions. Grammatically, a reflexive verb is defined as a verb that has a similar subject and object. Reflexive vs. Reflective "Reflective" is a general word that describes the action taken by the verb form "to reflect." It denotes the process reflection in physics, as in the light reflects into a mirror. It also indicates a surface that is reflective; for example, polished wood. Reflexive is seen more frequently in the grammatical sense. The definition of reflexive includes the instance where two phrases or words denote the same thing or person, but the grammatical function differs. In the phrase "she sees herself," "she" and "herself" denote the same person, but one is the subject while the other is the object. Reflexive verbs take on various forms in different languages. In many languages, the reflexive definition takes on a transitive verb that is followed by a reflexive pronoun. A transitive verb is one that accepts an object. The suffix "self" is an example for this form. In English grammar, reflexive has only two classes, namely reflexive verbs and reflexive pronouns. In ancient literature, "reflexive" was spelled as both "reflective" and "reflexive," but now, only reflexive is used to denote this meaning.

Self-reflexivity, or a self-reflexive' text can be defined as a structure whichlooks back at itself ... and which sometimes breaks the boundaries between itself and the world' . Similarly a piece of self-reflexive work can also allow a text or a play to make an audience or reader aware that what they watch, or read, is actually not `real life' but instead a representation.

To fully grasp this concept of self-reflexivity, we should perhaps look at what some people suggest as the opposite of such a device: the `Classical Hollywood Narrative' is a technique used in most films to deceive the viewer into believing that what they are witnessing is indeed real life. The audience is then left as the voyeur over the proceedings on the screen