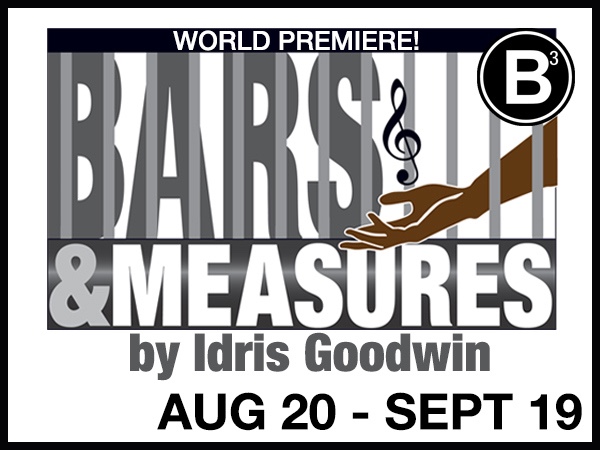 Bars & Measures this evening. Part of the B3 series, it was on mainstage because the other play, Grounded, has been extended in the smaller theatre. The play was intense, two brothers, different from each other except their common attachment to music, and how they go down together by wrong but understandable choices. The world premiere play (National New Play Network) is by Idris Goodwin, who also wrote How We Got On which was at B Street in spring 2013.

It is time to renew for B3, and I was not going to, but this play brought me back. The MainStage B Street productions have drifted away into fluff and irrelevance, but B3 still has an edge.