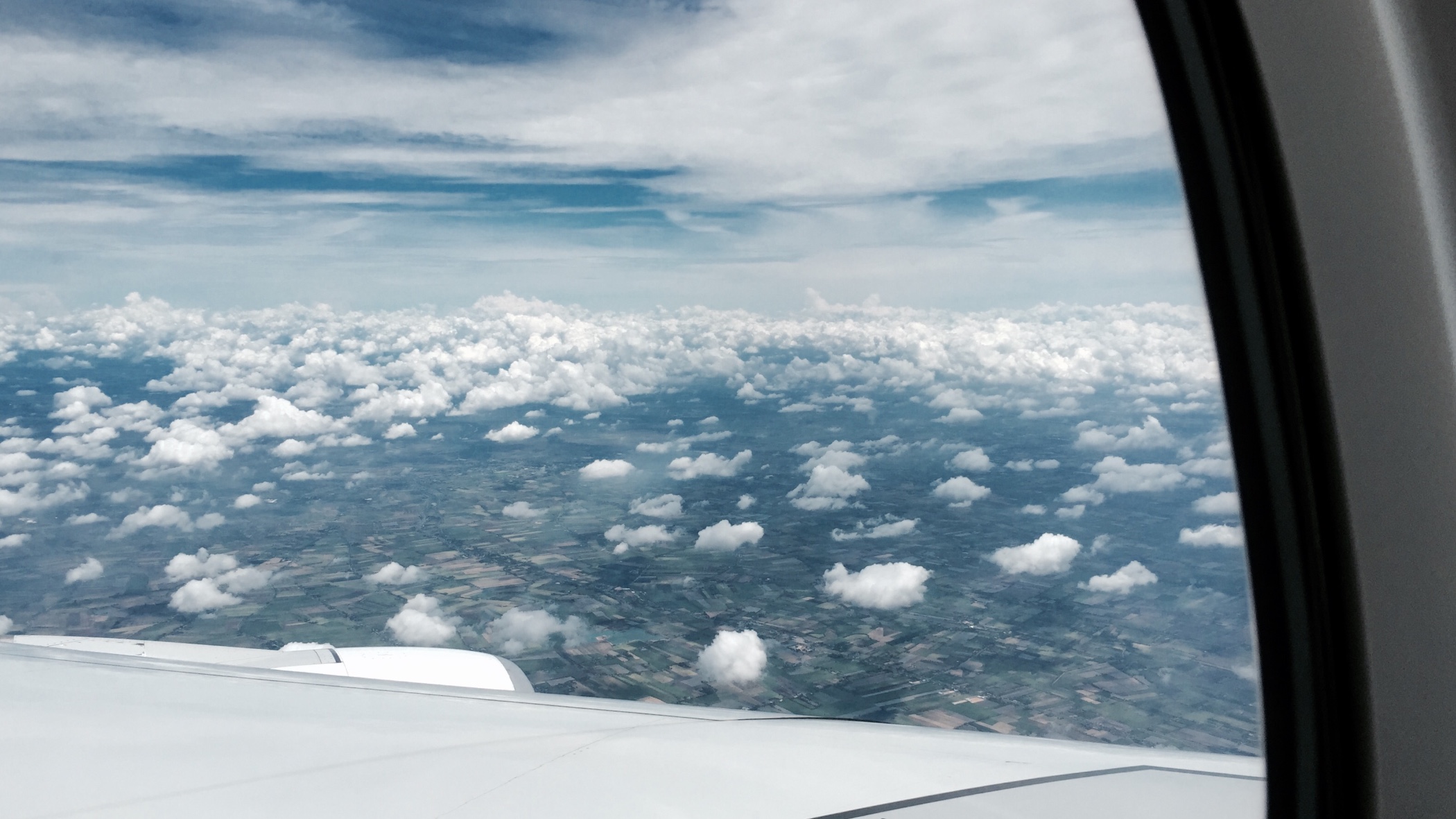 I'm writing a diary. Who would've thought that. Though this will be in English, I'm not expecting the world being interested in a trip that I make. It's more something I'd like to do for myself. That, and I need more than 140 characters to tell about my day (sorry, Twitter). I want to read back to this in a couple of months or years and relive the stuff I'll see and do, the people I will meet and the stupid shit I'll most certainly do.

Plus I'm doing this for my mom, who thinks I'll die the minute I arrive on Asian ground, murdered or burnt in a nuclear explosion or something. And the recent bombing in Bangkok didn't calm her either.

So that's where I'm heading right now. Bangkok, Thailand. With a stop in Dubai, where I am for the moment, writing this. I'm packed with an iPhone, GoPro and my Sony Camera. So if it all goes well I won't be needing a diary to relive this trip. But what else would I be doing on a 16 hours trip? I don't even know if I'll have the time or persistence to go on writing a journal every day. Or the Wi-Fi. But hey, if not so, at least I tried.

I didn't do enough research to know exactly what is going to happen the next two-and-a-half weeks, but this is what's certain: it's a 16 days trip through Thailand, organised by G Adventures, who has this program for people between 18 and 30 years old, called Yolo (!). Start point is at Bangkok Centre Hotel and from there we go North to Chiang Mai, do some 3 days trek through the jungle, head back for Chiang Mai, Bangkok and then go South to a couple of Islands to change the adventure to chilling (I hope) on the beach. I'm traveling alone, but I should meet 15-18 people from around the world in their 'yolo' ages.

So now you know the reason I'm going on this trip. The organisation is practically called Gangster-Adventures with a program called Yolo. That's like begging me to join. Well, guess it worked.