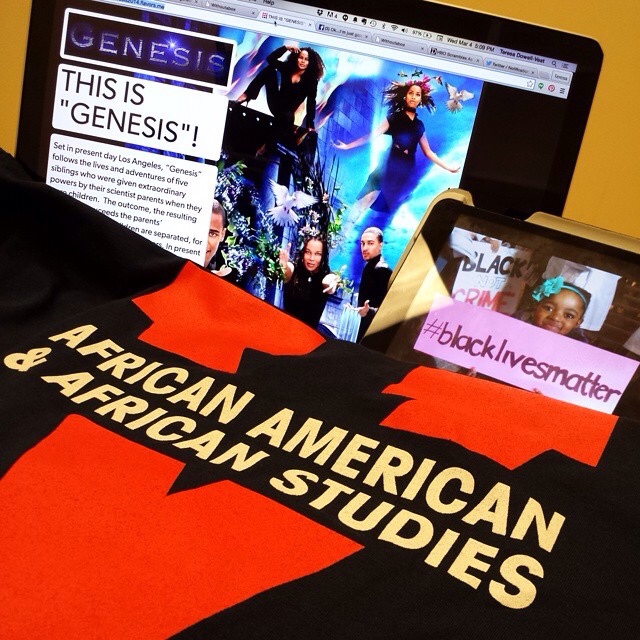 I wasn't suppose to film Genesis: New American Superheroes in Los Angeles. I was suppose to CREATE it there!

I wasn't suppose to film Genesis in Atlanta. I was suppose to reconnect with my family, get a feel for my skill set as a film DIRECTOR (Shirts vs.Skins and Master Piece), write Passage Home and have my heart break over Trayvon.

I'm not suppose to write Genesis as a novel because I've never truly had that as a vision...never. It's always been a film...BUT...I still needed to write Passage Home first because...

I'm suppose to rewrite Genesis to take place in Washington DC...in a time where Black Lives MUST Matter...more than ever before! And maybe...just maybe THIS is the why these heroes exist. They exist for change. FOR CHANGE!

I UNDERSTAND NOW...why I had to give that speech in San Francisco and teach this class at UVA and forge all the relationships via the Lesbians Who Tech and The White House!! I'm SUPPOSE to make Genesis...for CHANGE!!!