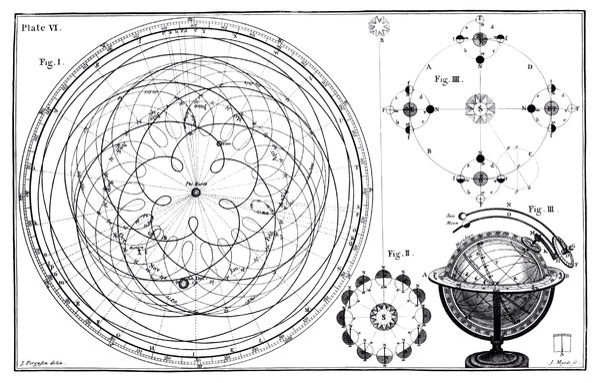 On Jan. 21, 2015 for around 3 weeks when one looks at Mercury it will "move backward." Naturally, if you can see it, what's there not to believe." Here's how some of the planet looked to an astronomer in the mid-1700's:

"So since Mercury moves so crazily, it must have crazy effects. Isn't that logical? Something must be making this happen, everyone can see it. And that's not nothing."

Makes sense someone doesn't it?

People are posting, expecting Mercury's movement to disrupt technology, communication and cause people to "not get along", cheat each other, resort to coercion, and even to be violent. Facebook and Twitter users will "document" these dastardly happenings using the hashtag “#mercuryretrograde.”

Here's the survey data: beliefs like this – that movements in the sky affect our lives – have grow in stature among Millennials and even more so in 18-to-24-year-olds. To put it in perspective, right now the numbers exceed the number of those who "believe"that the burning of fossil fuels and car emissions influence climate change.

So, the belief means that people either don't know or forget that Mercury's movement is only apparent, or more likely that whatever knowledge about astronomy they may have learned doesn't intrude upon the connections they now make. The science, that what you see is related to the fact that the earth revolves around the sun not the other way around, doesn't have traction or matter to them. It feels to them as if what they see in the sky must have an effect on life and people.

This shows how the most influential factor upon how one processes and evaluates what one sees and also hears the pre-existing psychological frame.