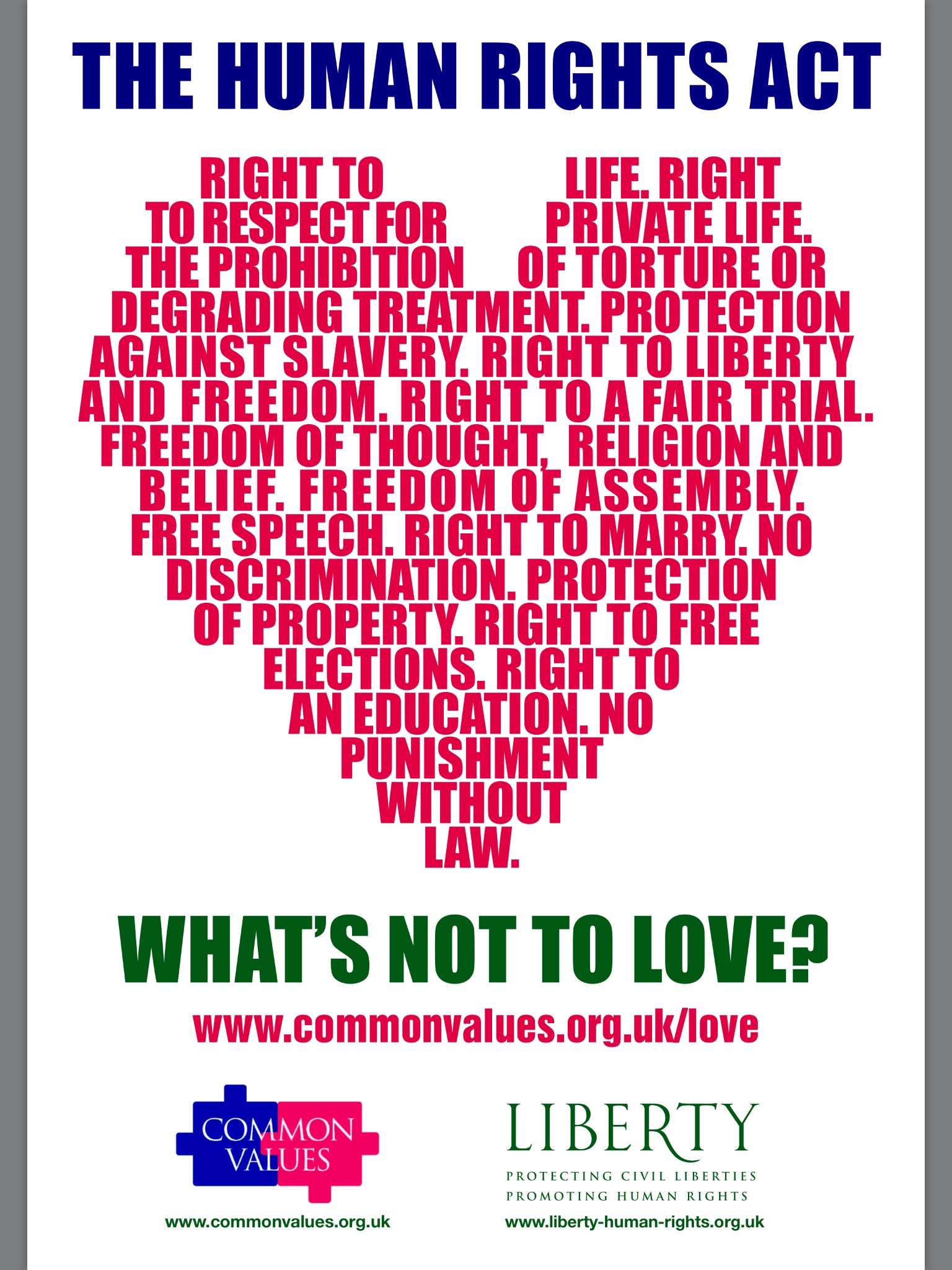 Liberty the National Council for Civil Liberties founded in 1934. Describes how Liberty was formed in a time of economic crisis when hunger marches were suppressed and continues to describe examples of how civil liberties are abused to this day. Some things change, but some things do not change. In response to the treatment of the hunger marchers the National Council of Civil Liberties was founded by activists, lawyers, writers to watch over our Liberty.

"Passionate in his hatred of injustice, wise in judgement, fearless in action, he championed the liberties of the people in the fight that is never done" - EM Forster in Ronald Kidd

Post-war civil liberties from around the world come together to support universal human rights. It's astonishing that in that moment global agreement could be made in the form of the Universal Declaration of Human Rights. These rights are enforced by regional legislation. Ours is the European Convention on Human Rights which was Winston Churchill's legacy. This is directly enforceable in the UK by the Human Rights Act. Now we celebrate Magna Carta one moment and want to pull out of universal human rights the other.

Orwellian. It was never about how many cameras there are in your street. It is reminiscent of the great essay the Politics and the English Language and how the abuse of language can damage liberty. It is not making light of terrorism to say politically instigated violence has always been party of human life. It is incredibly dangerous for democracy to declare the permanent state of war the War on Terror implies. How will you know when the War on Terror is over? It is this sense of permanent emergency that allows democrats to tolerate torture.

The political and ethical debate is lagging behind technology advancement. Whether you agree or disagree that it is legitimate to put entire civilian populations under surveillance because a few of them may be dangerous, it is surely wrong to do this without public, democratic debate. Surveillance should be proportionate and targeted.

This confuses privacy with secrecy. This means privacy is associated with guilt. If you are innocent you cannot have privacy. Imagine if cameras and microphones were installed in every home. Is it enough to say that the authorities won't look until a crime is suspected or committed? Smartphones are clever and cool technology but scary. We resisted identity cards but we quite happily carry around devices that tell other people who all our friends our, what we are reading, where we are going.

Let's think about privacy as a societal value. How can you have fair elections without a secret ballot? How can you have true freedom of religion and conscience? How can you have a fair trial or medical treatment without private counsel. Privacy and freedoms do come into tension but it is incredibly important not to totally abandon privacy. We lack the checks and balances to prevent abuse of parity.

These rights are mostly balanced or qualified rights. They cannot be absolute. There is no such thing as absolute Free Speech but we should be slow to interfere. This makes these rights tricky because in trying to balance these rights we risk compromising the rights of others. Everyone loves their own human rights. And those of their friends and families. But if we ignore the human rights of others these are not universal so why should they be applied to us? If we resist giving these values to all we abandon our resistance to having them taken away from ourselves. The most important article is that of equality as this leads to empathy.

Ultimately it comes down to dignity. The idea that every single human life is precious. This includes respecting those who haven't always respected others and have perhaps lost their self-respect. A final question:

Should we live with citizens privileges in one little corner of the planet and be foreigners everywhere else or should we be treated as human beings everywhere?

Q&A: What can Librarians Do?

Does believe access to information is a human right. Comes under education and freedom of expression.

Librarians can help disseminate what's in the Human Rights Act so people can know and understand what is in it and help contribute to human rights and civil liberties literacy. You can join Liberty, join the campaign to Save Our Human Rights Act or put up the poster