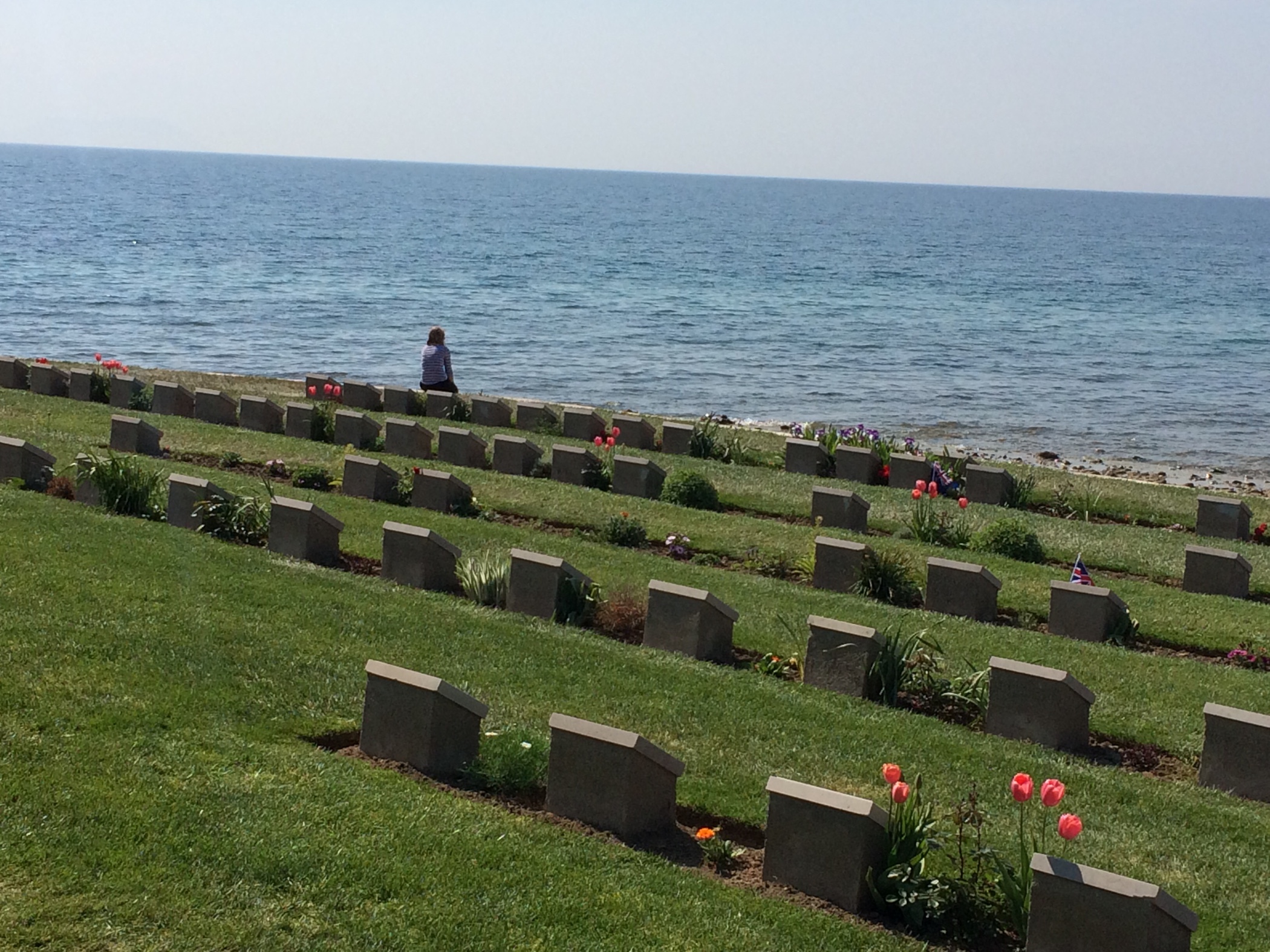 The 26th saw us having a tour through Gallipoli. We started off crossing the Dardanelles straights from Çanakkale to Kilitbahar. The distance is around 1240 metres. This was the spot where the allied forces tried to force the straights on March 18, 1915. They failed (see http://en.m.wikipedia.org/wiki/Naval_operations_in_the_Dardanelles_Campaign#Battle_of_March_18) prompting the need for a ground campaign.

After a nice lunch in Eceabat we headed off to the Kabatepe Museum (http://www.gallipoliexperience.com/en/gallipoli_kabatepe_museum.html), which covers the entire Dardanelles campaign, but very much from the Turkish perspective. It was interesting to see how the campaign is now being used for strong, nationalistic (and Islamic) purposes. One of our tour group who was here for his 3rd time, the first being 2000, commented how Ataturk's picture was everywhere when he first came, but is now hardly seen anywhere. This isn't surprising as he was the father of the secular Turkey that the current Government is rolling back on, heading Turkey to become an Islamic state. This runs entirely counter to Ataturk's vision.

The whole Gallipoli campaign is an incredible source of national pride for the Turks. This was clearly evidenced by the 1000s of Turks who were visiting the area (it is a national park) while we were there.

The museum is well worth the visit - if you can, do it before touring the battlefields as it will give you a good summary of timelines etc.

So from there we headed off to visit areas within then ANZAC campaign area. We stopped off at some the small cemeteries, including the grave of John Simpson (the stretcher bearer who used a donkey to evacuate wounded men - http://en.m.wikipedia.org/wiki/John_Simpson_Kirkpatrick ), before getting to ANZAC Cove. The last one before ANZAC Cove was the Ari Burnu Cemetery. There a friend, Lynn Davie had asked me to find the grave of her Great Uncle, Private Joseph James Lugg 302. 8th Bn. Australian Infantry, A.I.F., who was killed in action 6th August 1915. It is a small cemetery on what was one of original landing spots.

I quickly found his grave and took pictures to send back to Lynn. It really hit me hard looking at a grave for which now I had a connection, albeit remote. It was a beautiful day, as you can see from the photo with this post I took at Ari Burnu Cemetery. I took the chance to walk down to the waters edge and wet my hands and face with sea water - not sure why I did that, but it felt the right thing to do, almost an act of cleansing.

Next was ANZAC Cove. We had the chance to walk around and see way more than we saw the previous day, though the site was a work site as. Out of the seating and scaffolding was still there and slowly being taken down.

After that we send our way up to Lone Pine, stopping a some of the small cemeteries again, including the one with youngest Australian to die there, Private James Martin (http://en.wikipedia.org/wiki/JamesMartin%28Australian_soldier%29), who was just 14 years and nine months old when he died.

We got to have a good look around Lone Pine, which only the Australians were at on the previous day. What struck me here was seeing some headstones with only estimates of the day of death for the soldier buried below. They were stark reminders of the ferocity of the fighting and the fact, that for some, a window of a week was the best they could identify. Of course, there are literally 1000s of ANZACs in the area whose bodies were never found. It is why the whole campaign area is treated as hallowed ground.

The final stop for us was Chunuk Bair. We could, unlike the previous day, see the memorial wall with all the names inscribed on it. Unlike the Australian commemoration, which sees the everyone sitting around the edge of the cemetery, at Chunuk Bair we sat around the monument and the wall of names was behind one of the grandstands.

It was though one last moment for Megan and myself to reflect on the place we were at, looking out to the Dardanelles, while remembering all the NZ soldiers who lay buried around us.

They shall grow not old, as we that are left grow old: Age shall not weary them, nor the years condemn. At the going down of the sun and in the morning We will remember them.

We will remember them.