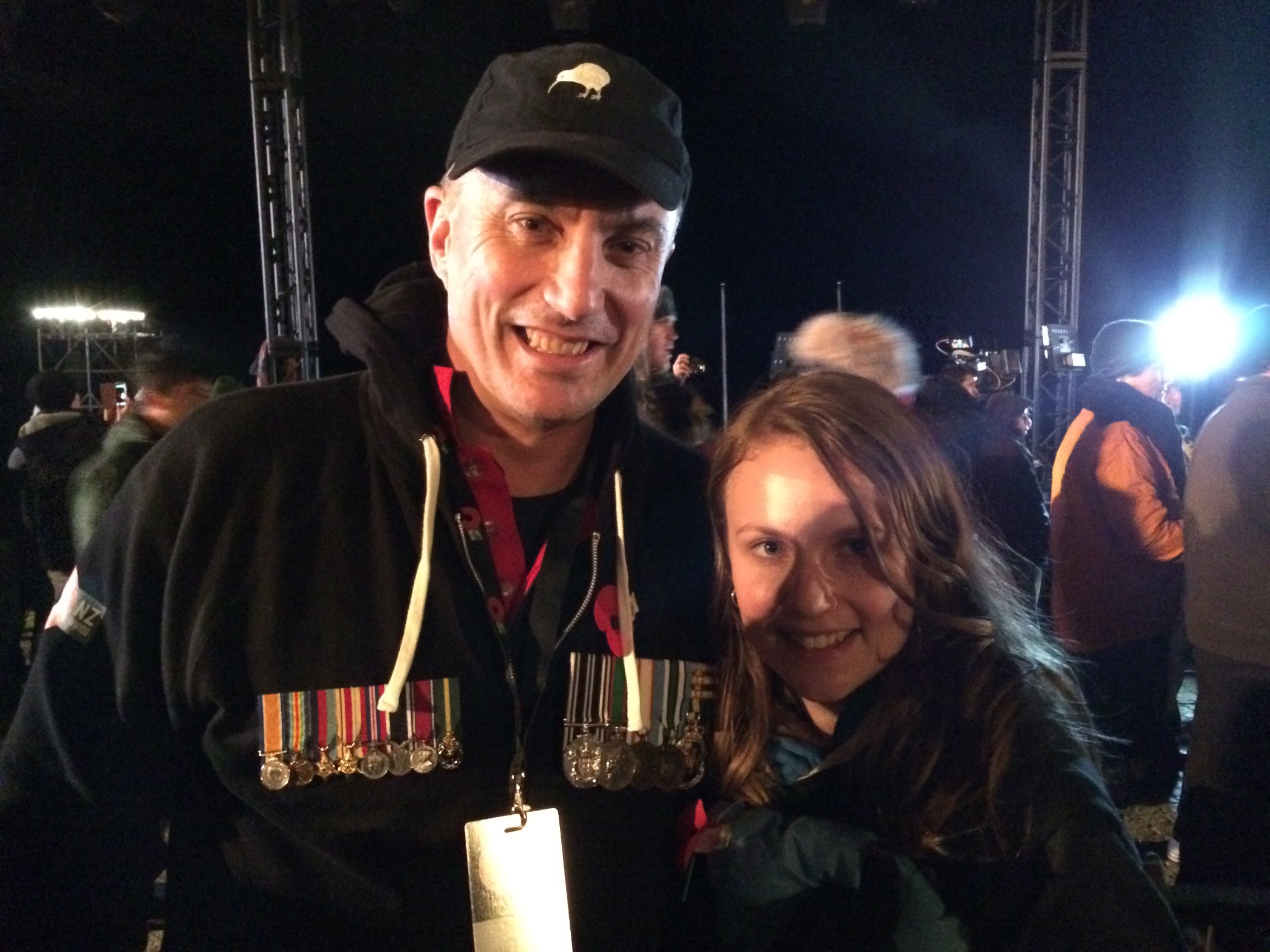 It's the 26th so a chance to reflect on yesterday.

We wend our way down from Istanbul just before midday on the 24th. We had a couple stops on the way for food etc. We arrived down at Gallipoli in the early evening with the buses queuing at the first security checkpoint. Then started 4 hours of processing shuttling through checkpoints, shuttle buses and the walking down ANZAC cove.

As we walked the kilometre or so down to ANZAC Cove I started looking at the ground from a soldier's perspective. Even though it was dark I got the sense of narrowness to the beach area prior to the step hills - a sense confirmed once day light arrived.

Then came the joy of finding somewhere to sit. This is at about 2300. Some had been there 7-8 hours, so the ground was covered in people asleep in sleeping bags, some on the ground and others on stretchers! This was despite the rules around no sleeping gear and no camping gear.

I found a good spot and stumbled through the sleeping bodies. On claiming the spot, some sleeping on the ground around the spot claimed it was their spot. I was pretty curt and said the rules were that everyone sat. My size may have helped as there were no further complaints. (One of those who initially complained was Cam Slater aka WhaleOil. Through the night and the next day I realised his actual persona is no different to his online persona.)

Then began the 6 hour wait for the start of the Dawn Service at 0530.

So we filled the time in talking, chatting to my friends who I managed to catch up with (James, Peter and Warren). We were also interviewed by Andrea Vance from Stuff. We are mentioned in her article http://www.stuff.co.nz/national/last-post-first-light/68049170/10000-at-starlight-vigil-at-gallipoli

The processing of buses was so slow that the by about 0230 there will still 1500 walking into the area. Folk ended up sitting on the road that bisects the site.

All through the night there were performances and documentaries to keep us occupied. There was also coffee and snacks for sale from some stalls. A big fail on the organisers here - one coffee stall, one tea stall, one kebab stall - and 10,000 cold, hungry folk.

The service came. Yes, you have the politicians etc. who have to speak, but the special moments for me were no different to attending a service back home - Last Post and our national anthem. Folk may deride our anthem but what makes it special is we sing it in Te Reo and English. Singing our anthem in Te Reo really makes me proud to be a Kiwi. To sing it at ANZAC Cove - priceless.

At around 0715 we started walking up to Lone Pine, where the Australians stopped for their service. Though the path we took had been graded to some degree, the walk gave a vivid example of what the ground was like and what the soldiers had to fight through. Security was tight on the walk with armed Turkish soldiers every 50m or so along the path. At Lone Pine us Kiwis carried on to Chunuk Bair. All up it was around 8.7km (and around 260m vertical climb) from ANZAC Cove to Chunuk Bair and it took around 90 minutes. We were warm at the end!

We had to wait for awhile in a holding area as 12,000 Turkish scouts had a commemoration event on. Once they left we started getting taken through to our seats. Megan and I ended up in a area planned for VIPs. They had over catered, deliberately, so we ended up with great seats :)

While we waited the NZ Youth Ambassador Group led us song - Kiwi songs - giving the event a special Kiwi feel. Some of the songs, as I have mentioned perviously, like "Welcome Home" and Pokarekare Ana got to me.

Like the Dawn Service, there was a flow no different to and ANZAC dawn service anywhere in the world. Again, for me, the. Last Post and our Anthem hit me. The other waiata that got me (which means some tears normally!) was "Now is the Hour". Again in Te Reo and English. The lyrics being especially poignant when the graves of 100s of Kiwi soldiers are around you.

The service finished and we got to lay wreaths etc., so I laid the disc given to me by the designer of the giant Poppy in the Auckland Domain, Tony McNeight. It was nice to make that connection between Auckland and Chunuk Bair.

Then began a long wait, around 5 hours! I joked to a WO1 I know who was party of the NZ military contingent, and a fellow loggie like myself, that we could have down a better job scheduling/marshaling the buses, he agreed!

Then a comedy of Monty-Pythonesque levels ensued on our trip to our hotel. We found out we weren't staying in the city we thought we were and then we went away from the area for "dinner" (the worst Army hotbox meal I have ever had would put it to shame). We then had to change buses as they had "discovered" there were people on buses with different itineraries - good planning huh? We finally get to our hotel around 2315. The rooms are shoebox in size, one power point (for the TV) and a air conditioning unit with no remote control! But at least we could put our heads down and go to sleep instantly.

So ended our ANZAC Day.